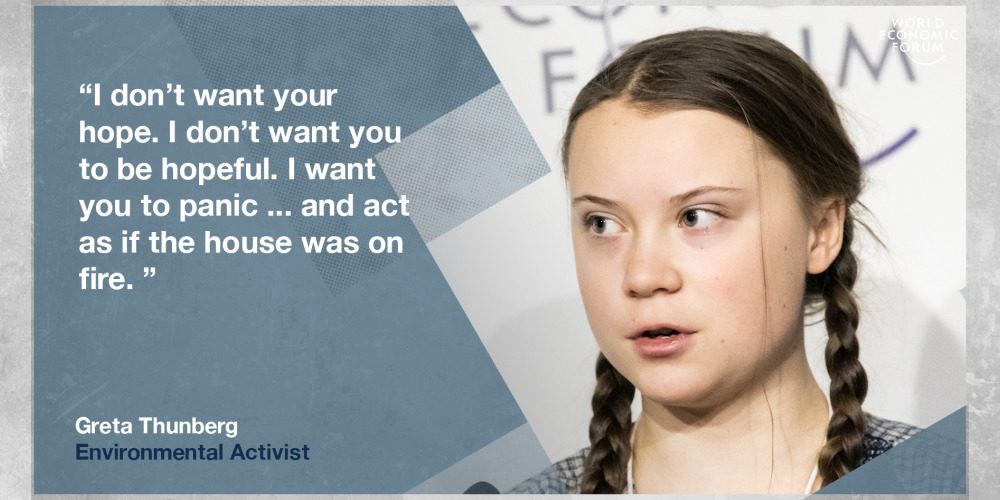 The planet’s choking, burning, and dying. Greta Thunberg is T-posing to go all Hulk smash on us. Let’s do something about it with some eco-friendly gear.

For those of you who didn’t know, Greta Thunberg is the climate change Joan of Arc, shaming all of us into doing something about this poor planet. When you think about it, we really should not be putting such a heavy load on her. She’s still a kid, she has school to finish. Granted, her main repertoire is the activist method known as “yelling at people to do something,” but still, the rest of us could stand to do more yelling.

Your humble author has gone on about climate change before, and how to really make environmental progress. Sometimes a little controversially. OK, a whole lot controversially. See, I’m not a big fan of “yelling at people to do something.” I’m more of a fan of “empower people to benefit themselves and the environment at the same time, and lead them into doing the right thing.” Let me amplify this, hear me out:

This is the Australian World Solar Challenge which has been going on since 1987. It’s a solar-powered car race, with 100% solar-powered cars. To pick a recent benchmark, they are capable of 3021 km (1877 miles) at speeds averaging 81.2 km/h (50 MPH). WITHOUT A DROP OF GASOLINE.

You want to do something about climate change? Stand in a gas station with a megaphone and this video every day and tell people “You could be paying $0.00 to commute to work, dummies!”

This is “Solar plus Storage,” an energy standard that combines batteries with solar power to provide continuous power. It is 50% cheaper than coal power. CHEAPER!

You think this is a pipe dream? There are cities, counties, and even whole nations out there that are running between 90% and 100% renewable energy right now.

Let’s zoom in on wind power. Where I live in Iowa, MidAmerica Energy is currently at 50% renewable, with plans to go 100% as soon as they can convince enough people to tolerate having a windmill or two on the horizon. But again, our utility bills here are actually going DOWN!

Economics can save the environment where decades of activism have failed

Let’s all stop trying to argue with science denialism. It’s just the trolls’ way of dragging the conversation down to the level of ignorance and then beating us with experience. Instead, let’s shift this whole entire climate change argument to the almighty wallet! Free energy sells itself when people get sick of paying for utilities and gas.

Money always wins arguments, across all political and ideological divides.

But while you’re waiting for society to wake up and smell the money burning, here’s some cool gadgets and toys you can bring to work for “How Renewable Energy And Environmentally Friendly Goods Improved My Life Day.” We’re, uh, working on getting that official.

There is a ton of portable solar power banks out there. This one is under $100, gets very good reviews, and is about the size of a hardback novel. It has three USB ports to power mobile devices, and comes with a bank of LEDs built in so it doubles as a light source. It’s even waterproof. These are marketed all the time to camping and sports enthusiasts, but there’s no reason you can’t hang it on the side of your bike while you commute to work, or chuck it on the dashboard of your car, and have a solar-powered mobile station everywhere you go. Even if you keep it in a sunny window at home or work, you have a free charging station and power backup during outages.

This is the same concept as above, but with a solar charger built into a backpack. It, too, has a USB charger which is external to the backpack. Just plug in your mobile device and charge. It’s a great option if you were wearing a backpack anyway, for school, biking commute to work, travel, concerts, picnics… and sporting activities besides. Hands free, you just become a walking power plant. Stand around the airport and charge people a buck to recharge their phone, it will pay for itself.

Solar-powered cooking devices have been around for decades, since cooking food has been one of the most obvious applications of solar power. This one is on the less expensive end, and reaches temperatures up to 550°F (290°C) in full sunlight. It can also heat liquids too. It’s mainly practical for roasting a bratwurst or heating some coffee, but it’s still a cool gizmo to whip out at any outdoor event. There are much larger solar ovens out there. This one is just the most compact and portable.

Enough with the boring and practical stuff. This is a Stirling Engine, a steampunkish device that converts temperature differential into kinetic energy. It is much easier to explain with a video:

So you set it on your coffee cup and it chugs away. It’s not good for much beyond answering the question “how does Geothermal power work?” Outside of that it’s just a cool desktop toy, albeit a noisy one (boss: “What is going on in that cubicle?”). Makers and engineers might be inspired to alter the device with a bit of welding to make the wheel do something useful. It could conceivably be powered by hot water from a solar device and now you have mechanical power. Got your wheels turning?

In the category of novelty gadgets you never knew existed, we present home hydro-power. This is a water-powered flashlight, which actually works off a water-activated fuel cell. This super-serious survivalist type guy will give you a long demonstration comparing it to every flashlight he owns:

So the Hydralight isn’t as bright as a police-quality torch, but it’s a flashlight / lantern that’s powered by getting it wet! The fuel cell does get exhausted after roughly 300 hours of usage through, so this is more the kind of thing you keep aside for boating, camping, and power outages. Maybe a little early for this technology yet, but watch this space to see what else develops.

Let’s talk about all that plastic clogging our oceans. We know a bag isn’t the most exciting thing to put in this list, but these handsome, organic bags solve many problems at once. They’re produce bags that can fit a lot of volume, they help keep your produce fresh and crispy, and we all need to start toting bags to the store so we quit clogging the Earth with useless plastic. Preserving your food (reviews say they’re also great for preserving bread) saves you money too. Stuff them into your eco-responsible grocery tote and head for the produce aisle. By the way, you did know that more fruits and veggies in your diet is more Earth-friendly too, right?

Have you all heard that they’re banning plastic straws? One by one, countries are introducing straw bans. So for those of you who just, argh, cannot stand to drink out of a cup directly, these are your solution. Stainless steel will last a lifetime, and they come with a handy carrying case and cute little brushes for cleaning. There, problem solved, and you’ll never buy a plastic straw again.

Rounding out our ecologically responsible kitchen, there’s this new fad for bamboo cooking utensils. Bamboo is sustainable and biodegradable, but that’s just for starters. Once you upgrade your kitchen to bamboo, you’ll notice that bamboo utensils are more friendly to your pots and pans too. They don’t scratch like metal, and they don’t melt or warp like plastic. They’re better quality anyway – AND bamboo grows like a weed without nearly the footprint on the environment that other crops have. Seriously, we need to move a lot of bamboo.

We’re going to close with a Crash Course on renewable energy, because everybody needs more Crash Course: