Since the release of the SNES classic, you might say we’ve been experiencing a state of nostalgia we thought we might never experience again.

Your childhood and/or adolescent memories, on the system we all knew and loved – only much smaller (or maybe we’re all just that much bigger…)

Kidding aside, the only downside to this incredible piece of amazing, is that you’re limited in how many games you can play on it (21).

Of course, you could always hack it full games on your own – not saying that you ‘ought to, or anything… because that would be cheating, and we all know what happens to cheaters.

At any rate, before we dive too deep into moral and ethical conundrums, let us distract ourselves with much more superficial things – what better time to take a look at some of the games that didn’t make the SNES classic cut – some often forgotten, SNES titles straight out of the 90’s:

Before the video-game-skateboarding revolution that was Tony Hawk’s Pro Skater, there was Radical Rex. An undersized, skateboarding, beach bum dinosaur, back-flipping, fire-breathing, and karate-kicking his way through the prehistoric.

As odd of a premise for a game as it was, this often-forgotten piece of video game history flew way under the radar for most.

Despite that being the case, the game showcased some creative level-designs, interesting game play mechanics, and a protagonist that you can’t help but love (his head is just so BIG!).

However, as you may see in the video above, Rex’s incessant use of the word “Awesome!”, not to mention the questionable inflection, could have been toned down a bit (entirely) – but all was forgiven once you realize how epic a fully charged “roar bar” sounded (it killed everything on the screen too.) #satisfied

For those not familiar with the Tiny Toons series, where exactly have you been? And also, think Looney Tunes except, well, tiny.

Size doesn’t matter, or so they say, but what does matter is fun, and this game definitely got it right.

Starring Buster Bunny (essentially a younger version of Bugs Bunny), it expanded on the fast pace 2D scrolling-style game play that made games like Mario and Sonic such successful titles, but with its own tweaks to give the series a unique feel.

Filled with different mini-games at the end of each completed level, it gave us just enough variety in game play to keep things interesting – not to mention allowing for playable appearances from iconic characters from the series (Dizzy Devil in the house!)

The icing on the cake for this game was its dash mechanic. For those unfortunate enough to have not played this, it essentially turns you into Sonic, but with the added bonus of running up almost any terrain (vertical walls, hills, CEILINGS!!) defying any and all of the laws of gravity – physics need not apply here.

What a… unique concept… who would have guessed it would end up being so damn fun!

Your typical gamer wouldn’t have thought much of a game presented as such, but those of us who took a chance one Friday night at the local blockbuster were in for a pleasant surprise.

For its time, the game featured surprisingly smooth game play, a wild variety of tricks to pull off, and twisting and bending courses to fly through (fly as in speed, not flight… LOL @ flying unicycles).

It’s safe to say most people aren’t too passionate about unicycles, but regardless of your obsession-with, aversion-to, or general indifference towards them, this game is certainly is one that is one for the books.

PS. the soundtrack is LIT.

A lot of folks have never even heard of this game, and that’s a shame, if not a got-damn tragedy.

Like the title suggests, the game features Mickey, Minnie, and something about a circus… but that’s not really important here. We came to ride pole-vaulting-stick-ponies, and consume nefarious clouds into magical vacuums…

For starters, the costume ability feature they pulled off was probably its best, setting the stage for a noticeable lack of monotony. In short, you pick from a number of different costume sets, hop into your little mobile changing room (this is a Disney game after all), and you have yourself an entirely different play-style than you had just a moment ago.

The only noticeable drawback for this game was that it wasn’t quite long enough – not to mention it wasn’t all that difficult to beat once you get the hang of the controls, but one has to consider the target audience at the time.

Regardless of the game’s relatively few shortcomings, it is one that is given less recognition than it likely deserves and one to revisit, or check out for the first time. They even remade it for Game Boy Advance some years ago.

Lets be honest, if this game came out before Mortal Kombat, we may very well have fell in love with it, instead.

Playing off of Mortal Kombat’s 2D, almost-kind-of-3D, and controversially-violent style, it was much quicker pace (and fluid, quite frankly) than its competition.

DOSBox Games You Can Probably Skip

It brought an unusually satisfying combo based fighting style to the table, encouraging you to string together attacks, if you have the patience and dexterity to pull them off, of course.

It relied heavily on the aforementioned combo system, which really wasn’t a problem at all, in addition to “ultra-combos”  in place of “fatalities” (although, a “fatality” system was implemented as well). All in all, its combat system is just as good, if not better, than the original Mortal Kombat’s (are you booing, really??).

Let’s not forget the game had some of the coolest playable characters in a fighting game since, well, forever.

A human, freaking, fire-ball; Cinder, and the list goes on.

So you know, they remade this game for the Xbox One recently, and it too went largely unnoticed – one has to wonder.

If you haven’t already, both are worth checking out.

1. Legend of the Mystical Ninja 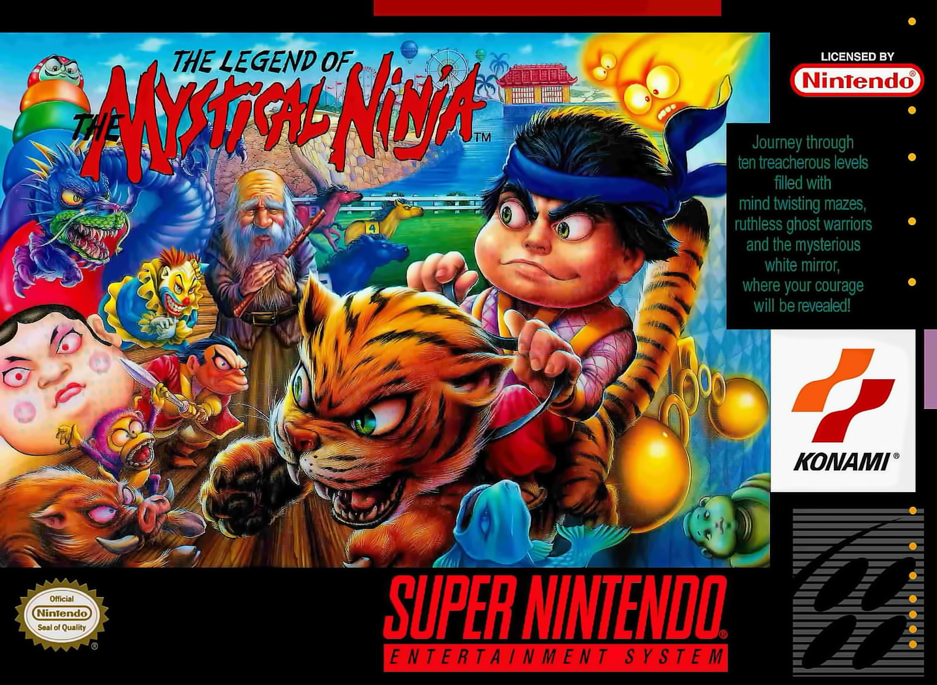 Very heavily influenced by Japanese culture (Captain Obvious, at your service.), it gave players a chance to have an open world-esque experience in a stylishly 16-bit rendering of Ancient Japan.

Plenty of fun, entertaining bosses, mini-games, unique-items and power-ups, characters, game play mechanics – this game made for a truly amazing first time experience (solo or co-op) and also had some excellent replay-ability.

The two main protagonists, Kid Ying and Dr. Yang, could very well have been your favorite childhood video game heroes, had you just given them a chance!

Seriously, though, if you missed out on this one, do everything in your power, apart from hurting others, to get a chance to try it out. Thankfully, there are a few different ways to get your hands on it without taking drastic measures, including downloading it on the Nintendo 3DS.

And there you have it. A small trip down memory lane for some, and possibly an eye-opener for others.

The Oregon Trail You Have Died Of Dysentery Cross Stitch Pattern