SimCity Spin-Offs : The Good, The Bad, and The Smoggy

The Greatest Vaporware Games That Were Never Released 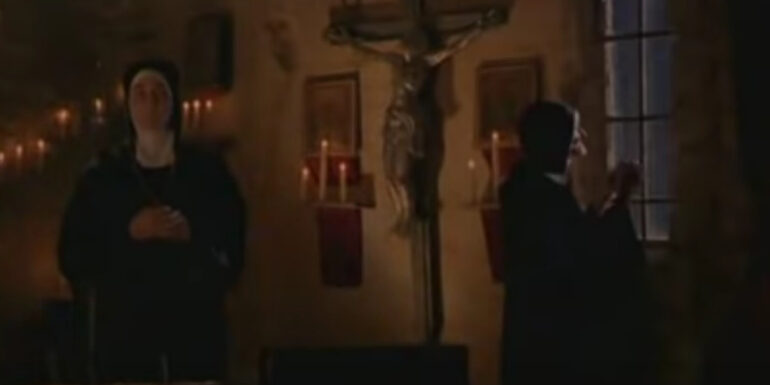 It’s FINALLY here!!! The year 2020 is the year that lives like a decade, so it’s felt like we’d never make it to Halloween season. But now with it only 33 days until the Great Pumpkin, I can step out on my own home turf.

Your humble Penguin is a horror freak. Out of all the genres within sci-fi, fantasy, and horror, it’s the horror movies I gravitate to first. I have little patience for the dregs of other genres, but I’ll even sit through the worst Z-list horror movies. Not that you’d guess from my taste in other matters, right, he nudged sarcastically?

This is not a “best horror movies” list. Because you know all those, and they’ll be thrown at you again and again this time of year. Those are established classics, praised by critics and fans, needing no help from me here. Instead, this list represents my picks for obscure, little-known horror (unpolished) gems that deserve to discover a modern audience. The underrated underdogs. Some of them have extreme niche appeal, but all of them make an effort worth appraisal. 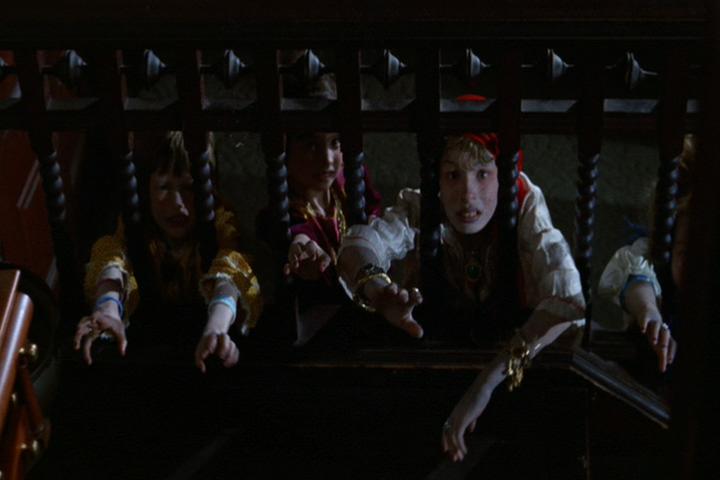 AKA The Legendary Curse of Lemora, this is the most atypical movie you could think of when you hear the words “lesbian” and “vampire.” It’s not really sexed-up at all, although it does have a creepy sexual subtext. The interaction between adult Lemora (Lesley Taplin), with plenty of Madame Bathory vibes, and five-years shy of legal Lila (Cheryl Smith), as pure and innocent as driven snow, will make you squirm with discomfort. This shoestring budget effort filmed in Pomona (great industrial gothic setting), California, was billed as a “faerie tale for adults.”

Lemora is about little Lila making a pilgrimage through the 1950s’ version of the apocalypse (sorry, best way to describe it) to meet her long lost dad, only to fall into the clutches of Lemora instead. Lemora seems to collect feral children at her cottage. Meanwhile at least half the population of this universe seems to be a vampire or a werewolf or some kind of mutant, with no explanation. Extremely weird and one-of-a-kind, with an atmosphere that will remind you of Night of the Hunter (1955). 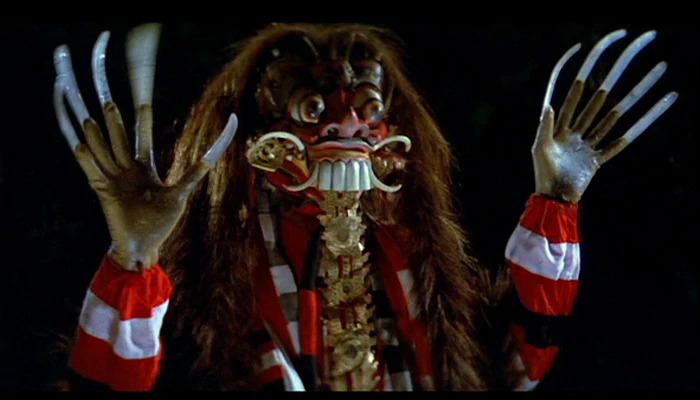 AKA Leák, this is not a good movie by any means, and it’s poorly dubbed to boot. It is, without a doubt, one of the top ten weirdest, most batshit horror movies you’re likely to see! There are a few picks for exotic Indonesian exploitation horror, but this one has the narrow edge. Cathy (Ilona Agathe Bastian) is an author writing a book on Indonesian witchcraft, so she is visiting the island of Bali to do research. There she meets pseudo-boyfriend / guide Mahendra (Yos Santo), who takes her to meet the “Queen of Leák” (Sofia W.D.), who agrees to train her in the dark arts.

And train her she does! You have to admit, Cathy is one dedicated author. Before she is done, she will make unholy pacts with the Swamp Queen involving blood and tattoos, transform into various animals, and have her head come detached from her body and fly around the village wrecking mayhem, in just some of the scenes this movie is known for. The Swamp Queen, with an endless cackling evil laugh and a croaking voice that sounds like Yoda with strep throat, has evil motives of her own for turning Cathy into her servant. Mystics in Bali is low-budget but bonkers, the kind of movie you watch with friends because it’s hilarious. 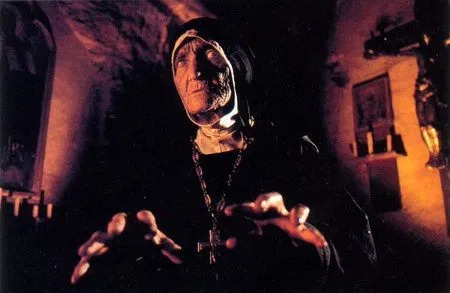 This tragically undiscovered masterpiece watches like an Italian Giallo version of an H.P. Lovecraft cult yarn. Elizabeth (Louise Salter) is a British girl whose dad just died and left behind a mysterious religious order which he funded without even mentioning. To investigate, she travels to the island where the convent is located. There she is mostly shunned by the stand-offish, secretive nuns, but befriends junior nun Sarah (Venera Simmons) to be her guide while the two try to Nancy Drew the convent’s secrets.

Listen, scary nun movies seem to be a bigger hit with the rest of you while most of them leave me unimpressed. But this is THE scary nun movie to top them all! These nuns take the prize for craziest, not to mention crispiest, nun scenes in a horror movie. The convent is indeed guarding a dark secret (this is not a strictly catholic sisterhood), so there’s not much plot to spoil since you can kind of guess where it’s going. But the atmosphere, scenery, and reeling bizarre visions of this movie will stick with you for a lifetime! 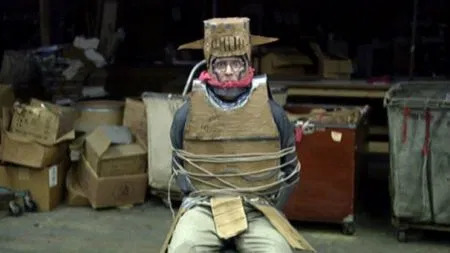 Murder Party is just the kind of movie you’d expect for an indie comedy/horror with a title like this. Do not expect Oscar-worthy performances nor valuable life lessons. Chris (Chris Sharp) is an average workaday Brooklyn schlub with no friends who happens to stomp on a random Halloween party invitation flyer on a trash-strewn street. He shrugs why-not and cobbles together a costume to attend.

Well, it just so happens to be his bad luck that the party is actually a ruse. A bunch of pretentious art students are trying to lure in a victim for an experimental murder-themed art experience. The rest of this film is a budget-less but fun exploit in an abandoned warehouse with various characters staying just half a step ahead of each other. Nobody here is particularly bright, least of all our protagonist whose desperate ploys only work by the element of surprise. The result is a justified satire of Liberal Arts majors, not exactly groundbreaking but worth it for the fun romp. 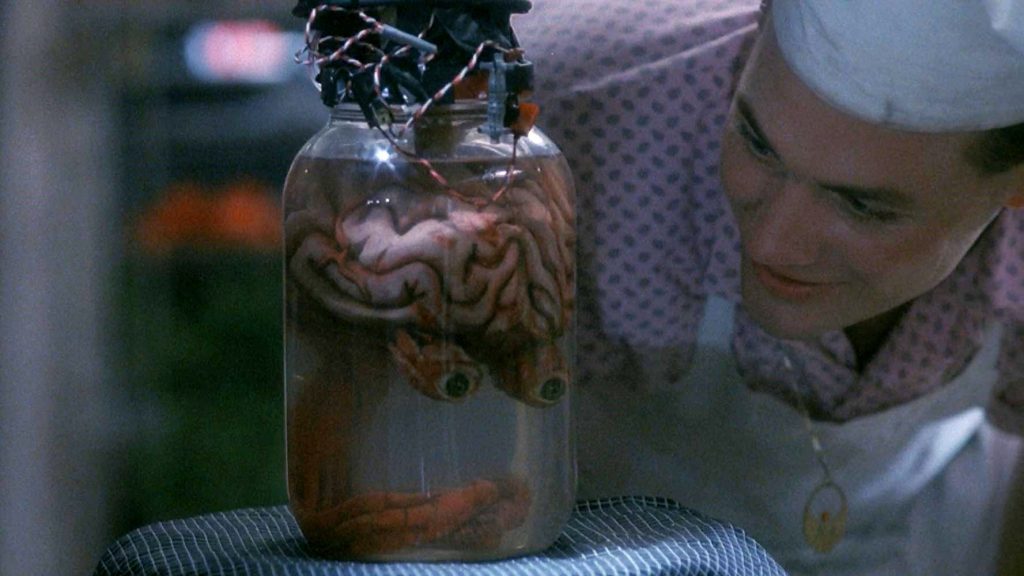 A full 366 Weird review here (not mine this time, the site owner beat me to it).

Blood Diner is an over-the-top horror-comedy with a campy cult following, probably too famous for this list. However, it’s just on the outside edge of obscurity enough to justify it, because it deserves to be better known. Brothers Mike (Rick Burks) and George (Carl Crew) are spurred by their Uncle Anwar (a talking brain in a jar voiced by Drew Goderis) to open a restaurant with Guess What for the secret recipe, with the eventual aim of completing an occult ritual.

It’s like a lost Troma movie made before Troma was a thing, or an early Peter Jackson yarn. They crammed as many goofball exploitation elements into Blood Diner as they possibly could, giving it a punk rock attitude that only the ’80s could pull off. This leads to a pace where they pound you with one scene after another with a horrifying premise (a woman getting her head deep-fried) and a so-stupid-it’s-funny punchline (she becomes an enraged hush puppy). Tasteless, stupid fun!

Now playing on: God only knows! 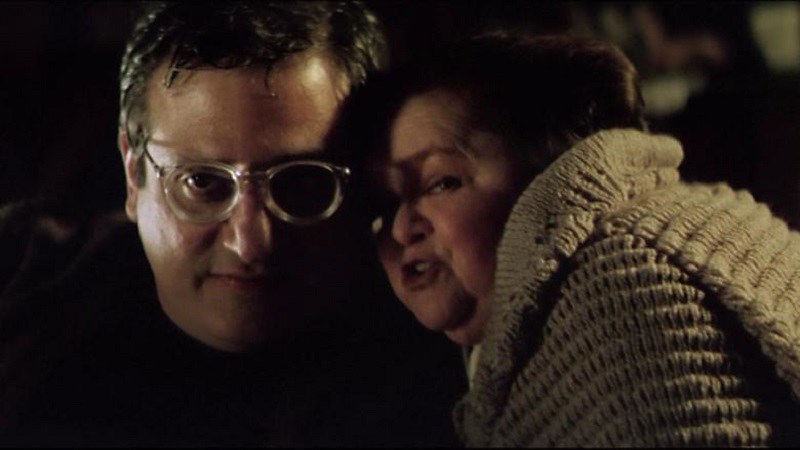 This missing movie is going to have to settle for a Post-It note on your Blu-ray player, because I can’t find it to stream anywhere. Hey, you came here for obscure, you got it! It’s just as well, because this movie is best not spoiled. While it is very uneven, it starts out with the premise of John (Michael Lerner), an emotionally stunted manchild optometrist, under the control of his psychic witch mother (Zelda Rubinstein of Poltergeist fame). John commits murders at his mother’s behest.

What happens next to Anguish may not be for everybody. Some of you will roll your eyes and say “Oh, it’s THAT kind of movie,” but if you’re new to this kind of meta-fictional trick, it’s still refreshing. While we’re on the John-and-mom plot, however, you would already be happy if that were the whole movie. It’s full of psychedelic vision sequences, persistent spiral motifs, and midnight-movie arthouse tropes. While the leads are outstanding, there’s a marked fall-off on the supporting cast, but the premise makes up for it with the mind-blowing territory it explores.

We plan to dig into the horror genre more over the coming month, in this unacknowledged corner of geek culture. So stay tuned, because October 2020 is just getting started! 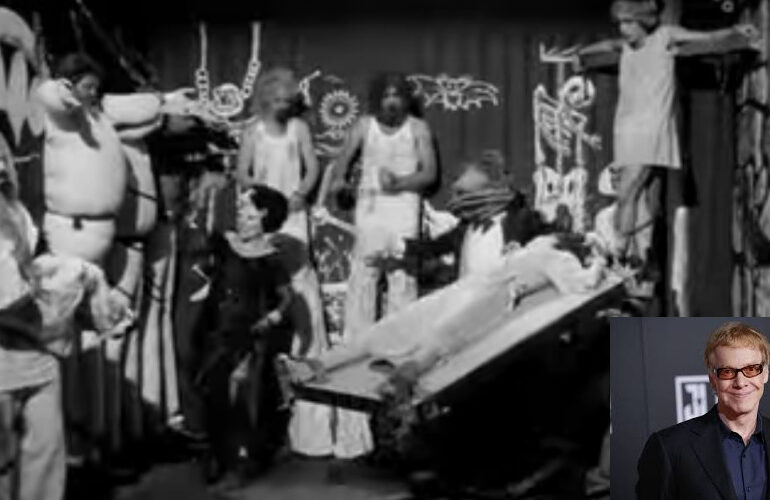 The First Movie Danny Elfman Scored Is Not For Everyone 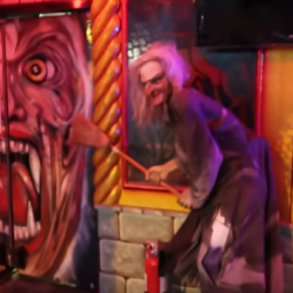 The Epic Saga of Square Enix 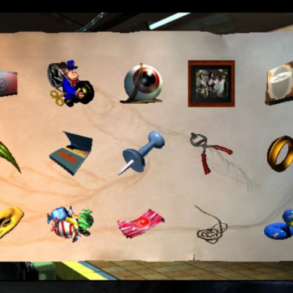 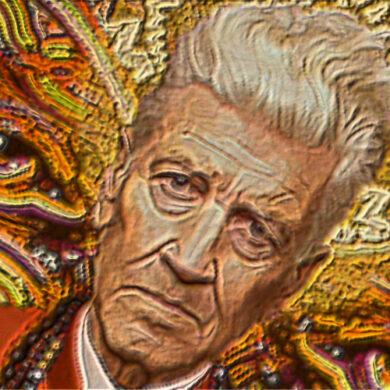