Twilight of the Cockroaches – Was This a Thing? 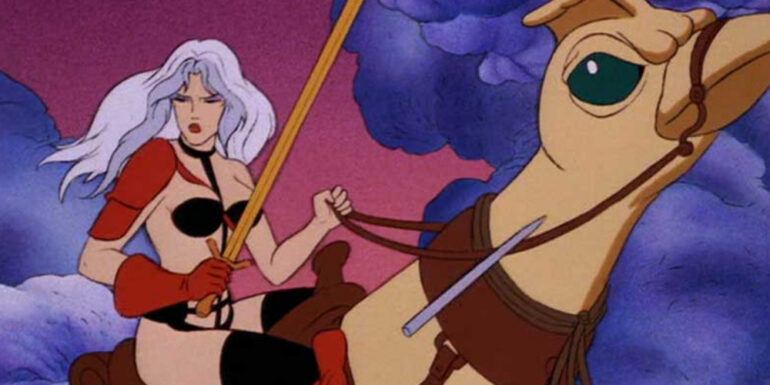 This year marks the 40th anniversary of the film, so it’s a good time to re-examine it. What is Heavy Metal? Why is Heavy Metal? Generations of animation fans – not to mention music fans – rediscover this movie, go see it, and come away with a collective puzzled frown of “HUH???” There’s so much to unpack here:

The most common response from first-time viewers is “what the hell were they thinking?” The movie most closely resembles an episode of Liquid Television about a decade before that happened. First, let’s show the typical audience reaction filtered through this legendary crossover review between Daimanda Hagan and the Nostalgia Critic. I’m picking the two-parter because it’s been on YouTube for 8 years so it’s likely to stick around for at least five minutes after I embed it:

Your humble blogger is in a unique position to explain all of the mysteries around this movie, and then some. Not only am I an official web movie critic now, but I cut my freelancing teeth writing about music, then on top of that I’m well-read and written in the animation genre by now. Put movie + music + animation together and you have Heavy Metal, but there’s a crucial ingredient we are missing which will reveal the key to many of the riddles within this movie…

The comic Metal Hurlant is very important to this story

Metal Hurlant was a French comic title published roughly 1974 to 2004 by Humanoids Publishing. It’s title translates to “screaming metal.” It was intended as a sci-fi anthology series in the same vein as Amazing Stories or Twilight Zone, just a cool comics series telling nifty science fiction stories with eye-popping artwork. It would have remained an obscure little art rag until a National Lampoon editor by the handle of Leonard Mogel chanced upon it during a vacation in France. He thought-bubbled: Wouldn’t this be the bee’s knees if it were translated and published in English state-side?

NOTE: So far in the story, nobody involved has even heard of the heavy metal music genre.

Thus Heavy Metal magazine began publishing in the US in 1977. It has continued in sporadic runs up to the present day. Like its namesake, it is also a magazine of sci-fi and fantasy fiction, illustrated handsomely, with perhaps some variety entertainment stuffed in, sort of similar to legendary geek fandom rags Fangoria or Cinefantastique. It’s hosted some big names in fantasy and SF over the years under the guidance of publishing editor Kevin Eastman (of Teenage Mutant Ninja Turtles fame). Similar to how Shonen Jump publishes Asian manga translated for American audiences, Heavy Metal‘s mission is to bring European comics to American audiences.

NOTE: Even at this point, the concept of heavy metal, the music genre, has not entered the story at all. This was all about a science fiction comic and nothing but.

Shortly after Heavy Metal began print stateside, the idea came up to make it an adapted film. The National Lampoon publishing empire had just had a hit film with Animal House (1978) based on stories of fratboy hijinks originally published in the magazine. With a $3 million budget, Animal House brought in $141 million at the box office. You don’t give the publishers of a niche humor magazine that kind of money and not expect them to lose their minds.

They were itching to find another property to turn into box office gold. Heavy Metal seemed like a great idea, since sci-fi and animation were also hot film trends at the time. They planned to do an anthology of stories from the magazine, shopped out to different animation studios so that each segment would keep the style of that artist’s work.

Way back in our archives, we mentioned that the underrated studio Nelvana Entertainment had been tapped for one of the spots in Heavy Metal, but they passed it by. Later Nelvana would go on to produce the underdog classic Rock & Rule (1983). Your humble blogger will still contend that Rock & Rule did everything Heavy Metal was trying to do, only better. Nelvana must have caught the scent of the disastrous production mistakes that Heavy Metal was about to make.

NOTE: Even while the movie was in production, nobody involved had even mentioned the music genre heavy metal at this point.

Heavy Metal : A Comedy of Errors

During the three year production time, selected stories from the magazine were shipped out to various production studios, with another story about the green beach ball of death being used as a framing device. The decision came along to save money by making the movie in Canada. Which caused executives to impulsively sign on the cast of Canadian sketch-comedy show SCTV for voice work, based on the assumption that a cartoon produced by the same magazine that made Animal House would have to be a comedy, right?

Except Heavy Metal, barring the occasional cyberpunk satire nudge, was never a humor comic. Too late, the checks were written, the parts were cast, and they just shrugged and said “oh well, we’ll try to find some humorous pieces to adapt.” Originally, the framing device that had the little girl (young Taarna) being harassed by the green glowy thing, was supposed to have her riding a carousel in the park, with each carousel animal segueing to a different story. They changed things a lot and muddled through somehow. Director George Potterton said as much in interviews.

But just as the movie was winding up production at the turn of the century, a new disaster struck:

In the late 1970s and early 1980s, heavy metal – finally, the music genre! – nudged up from the niches as a subculture to pretty much take over American radio. Even though most of it was a British wave, let’s not discount the fact that Australian band AC/DC’s Back in Black also hit record stores in 1980. Up until then, this kind of music had only been called “hard rock.”

MIND YOU, heavy metal music had certainly existed in the US long before this time! British bands like Black Sabbath and Judas Priest had been kicking around since the late 1960s. Even before that, the band Coven in the US had practically invented what we would eventually call the heavy metal sound. Coven was led by Jinx Dawson, who is still touring to this day or at least was before COVID-19 stole her thunder. Here, drop by Jinx Dawson’s Twitter and blow her some kisses. Then-prominent music critic Lester Bangs called Black Sabbath the British answer to Coven. Throughout the 1970s, more bands joined into this music wave even though they never thought to call it “heavy metal.”

But the beginning of the 1980s codified heavy metal as a genre. It was on every news channel thanks to American moral guardians’ making a stink over “Satanic lyrics” in the great Satanic panic. This was the era of the “hair bands,” the big stadium-rock sized heavy metal when the genre really took off.

Back at the movie…

Meanwhile, the producers of this film had a new problem: They’d based a movie on an obscure magazine with nothing to do with a music genre and now a music genre with the same name was suddenly the most popular cultural phenomenon ever. Originally, the film had an orchestral soundtrack composed by Elmer Bernstein. What to do now? They hurriedly called around to find bands to do the soundtrack instead.

You can clearly sense how the soundtrack was thrown together at the last minute. Some bands, like Black Sabbath, Nazareth, and Blue Oyster Cult, without question belong on a heavy metal album. Others, like new wave band Devo (with a cover of blues-standard-style “Working on a Coal Mine,” no less!), were a questionable choice. To say nothing of Don Felder of Eagles fame. Tell ’em, Dude:

Felder got not one, but two songs on the soundtrack, alongside Journey (yeech!). Call it statistical correlation, but try to find one meth addict who is not a Journey fan. Now try to find one Journey fan who isn’t also a meth addict. It’s difficult! When you snort your first line, your first CD just automatically arrives in the mail. Then there’s Sammy Hagar, who had never been associated with heavy metal before, but by God decided he’d better throw his hat in the ring now. Still other artists, like Stevie Nicks, are a welcome addition in this testosterone-heavy production, but still not exactly heavy metal material.

They had no choice. You can’t release a movie at the peak of a fad, with the same name as that fad, with everybody questioning why the hell it wasn’t about that fad. Imagine releasing a movie in 2017 called “Fidget Spinner” but it was about the discovery of an Amazon rain forest species of mosquito or something which only had the same name by coincidence. You’d get barbecued.

Heavy Metal survived in spite of all this!

Even with mixed reviews and a botched release, the movie managed to break even at $20 million against its $9 million budget (the soundtrack rights alone formed half of that), but nowhere near the blockbuster status of Animal House. National Lampoon, a magazine driven by humor and even publishing some cartoons and comics in beat with its rival Mad magazine, would never again produce an animated movie.

The movie Heavy Metal is not all that bad. It even got some decent reviews including from the conservative mainstream critic Gene Siskel, who said “it isn’t intended for close scrutiny on a literal level; the film clearly is intended as a trip, and on that level it works very nicely.”

That’s the best way to take Heavy Metal. It’s definitely a one-of-a-kind movie. There’s high points and low points, but at its highest, the animation is breathtaking and the soundtrack jams. It doesn’t have to make sense, especially not after everything else this poor movie has been through! 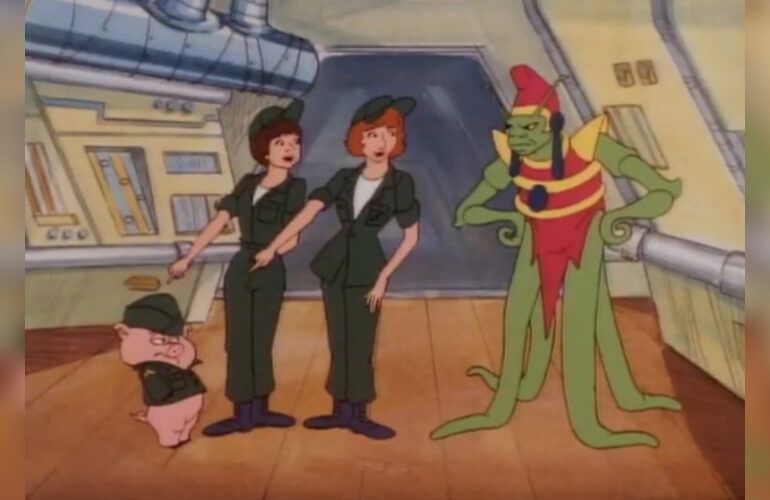 The Murky Depths of the Hanna-Barbera Universe

It’s Time To Go “All In” On Kakegurui 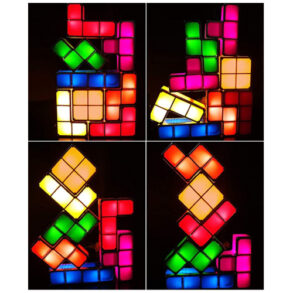 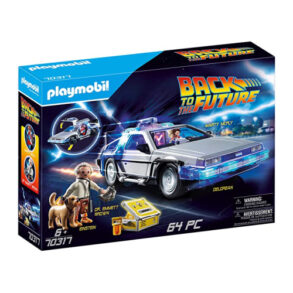 PLAYMOBIL Back to The Future Delorean 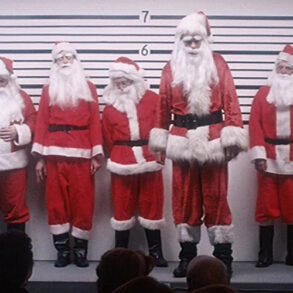 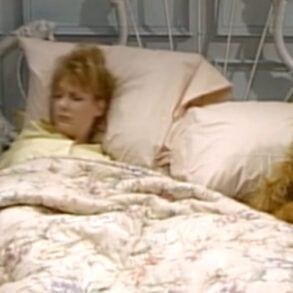 Turkey Week: The Worst Sci-Fi TV Shows of All Time