A Beginner’s Guide To Anime And Manga

Manga (merely Japanese for “comics”) and anime (animated cartoons, usually adapted from the manga) have changed in the past few decades. More to the point, the culture around them has changed, due to the rise of the Internet and the discovery of worldwide fandom. Once the West got its paws on anime, the genres changed to reflect Western tastes.

This isn’t actually a cultural abduction; manga and anime were inspired in the early 20th century after Japanese exposure to Western comic books and animated Disney features. It’s the same culture, we’re just passing it back and forth across the Pacific.

History of Anime’s Spread in the West

Now pardon the Present Author for going off on a rocking-chair rant about how it was in the Good Old Days… but it was different. You’d have to imagine a time before Google, the decades 1960s-1990s, when your first exposure to anime might have been a dubbed-over Japanese import dumped into your Saturday morning cartoon stream – perhaps Astro Boy or Speed Racer or – be still my heart! – Battle of the Planets. Anybody remember the robot was called “Seven Zark Seven”?

This would have been weird and foreign, even though remolded to suit American tastes, but you’d always recognize the art style immediately even on first encounter of a new show.

Or perhaps your first introduction was when you were over to a friend’s house for D&D / MTG night and somebody popped in a VHS movie to watch. And it was Akira or Kimba the White Lion, or maybe you got your mind really blown and encountered what would become the legendary Studio Ghibli through Nausicaä of the Valley of the Wind.

This sprawling epic science fiction feature, with a world every bit as deep as Arrakis or Middle Earth, would burn its way into your memory nestled by the hook of this plucky girl flying around on her white glider. And you’d be driven later to seek it out, and discover by proxy the rest of Hayao Miyazaki’s work. Before you know it, you’re dragging your date to see Spirited Away, raving about how it’s the Japanese Alice in Wonderland but more coherent and even more magical.

Or what the hey, maybe you discovered an English translation of a manga and were confused for awhile until somebody explained to you that you read manga backwards, from right to left. And suddenly, Bleach made sense. Or maybe you stumbled upon the epic channel [Adult Swim] and discovered the half dozen anime series they keep in rotation.

On paper, or at least as it was originally intended in Japan, manga and anime came in discrete genres segregated by the gender and age of the intended audience. Newbies to manga and anime burn too much time memorizing these:

Here’s how manga and anime audiences really break down in the West:

That there is somebody screaming on Dragonball Z. They do that a lot:

So most of the anime and manga you’ll see fed to the English-speaking world is the Asian equivalent of Marvel/D.C.. Except Disney hasn’t bought it (all) yet.

These subgenres weave within both Shonen and the non-Shonen, but they actually constitute the de facto genres to the greatest extent, with some common jargon thrown in for a crash course.

And remember, 99% of anime and manga for Western consumption is Shonen: Action, adventure, fighting, screaming, more fighting, more screaming. The below genres all dwell in the 1%, though there is some crossover with occasional Shonen series.

Any attempt to translate Japanese attitudes about sexuality and especially sexual orientation to Western understanding is doomed to be clumsy. Let’s just say that there is graphically sexual content out there (ever been to 4chan?), most of which we ain’t dealin’ with here, kiddo. But beyond that, there are romance genres, love stories, and relationship-oriented content to appeal to every level and preference. Just because something is presented as a romance (and visits anywhere on the LGBTQ-everything-else spectrum) does not mean it’s going to be graphic. Peachy keen, jelly bean?

Gijinka – Cute young females depicted as the embodiment of a non-living thing, like a mascot. This is carried to ridiculous extremes, like gijinkas for computer operating systems are called “OS-tans.” There’s even wonky little rules behind OS-tans, such as a correlation between bust size and RAM memory usage. Here’s a troubled Windows OS-tan:

Idols – Young girl pop stars. Very familiar idea to Western culture, we have our teen pop idols too. This spins off into the world of anime vTubers, virtual YouTubers with singing careers. Here’s the vTuber Idol group 22/7:

Magical Girl – A fan nickname for fantasies about girls with magical powers. Here is the opening to Magical Girl Lyrical Nanoha A’s:

Moe – Cute young females in general. “Moe” in Japanese translates into “affection” as in “Awww!”

Nekomimi – Cat girls. Also shortened to “Nekos.” Don’t yell at me, here’s the WikiFur on the subject. Or maybe you’d like to check out Cat Planet Cuties.

Otaku – You! The person reading this, you Western anime / manga fan you! An insult when coming from a Japanese person, implying that you’re too dim to appreciate the nuances of their culture and are just here to ogle the cartoon boobies. “Otaku” sort of translates in Japanese to “looking in someone else’s house.”

We already linked to several popular and influential manga and anime series’ wikis in the paragraphs above. Here’s a few more worth knowing about:

Death Note – A tiny and short manga series which is the biggest “gateway drug” to manga, but only for the most mature reader looking for high Seinen art with barely a nod to Shonen. It’s a dark fantasy about a brilliant student who gains possession of a magical notebook, which empowers him to end anyone’s life just by knowing their name and face. In a class by itself for piercing to the heart of philosophical questions, it’s been called the Shakespearean tragedy of mangas. The anime series is good, but just avoid the movies. Wisecrack on Death Note:

Vinland Saga – We mentioned Jidai Geki (historical fiction) up there. This is one about Vikings from Iceland in the 11th century, done in a very classical graphic novel style. It’s meant to evoke the actual Vinland Saga from Viking lore, but as a kind of historical fan fiction focusing on other characters instead of Leif Ericson. It tells the story of a young boy who sets out to avenge his father’s death, but comes of age during the exploration of the West.

One Piece – A silly, fun, swashbuckling story told in a world of pirates. The Pirate King, Gol D. Roger, left behind a huge treasure which nobody can find, so all the world’s pirates are competing to track down the legends. Noted for its incredibly broad appeal across cultures and ages, sort of like the Japanese Simpsons. That comparison includes length too, since it’s rounding its thousandth chapter by now.

Avatar the Last Airbender – Almost forgot this! Epic world-crusading saga of the race of “benders” who have magical powers over the elements. They are separated into tribal nations depending on their elemental alignment. There’s an overall war and struggle centering on one child of prophecy destiny, Aang, with the power to bring peace to the world again. Notable for having one of the most beloved anime series ever, and again you should avoid the movie.

My Hero Academia – This is really easy to explain: You know how Marvel’s X-Men is about mutants in a school learning to harness their powers? Same concept almost, but in their world everyone has superpowers and the one guy born without them is the mutant. Regardless, he wants to attend “normal” (superhero) school anyway and prove himself worthy. Now isn’t that a brilliant framework?

Full Metal Alchemist – In yet another fantasy universe set in semi-medieval times, alchemists are powerful characters who rule the world through their power to do transmutation magic. The Elric brothers are young kids who played around with alchemy but paid a disastrous price for it, and now wander the land going on adventurous quests while trying to undo the curse they live under.

And we could go on forever, but it’s time to go…

The Oregon Trail You Have Died Of Dysentery Cross Stitch Pattern

Gaming Retrospective: Why Was Tetris So Successful? 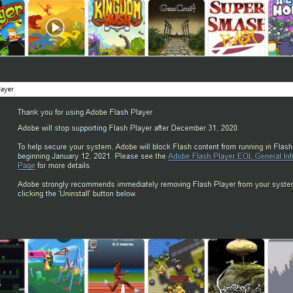 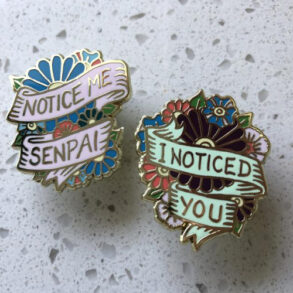